AU About Aarhus University  DURING THE BOMBING ON 31 OCTOBER 1944 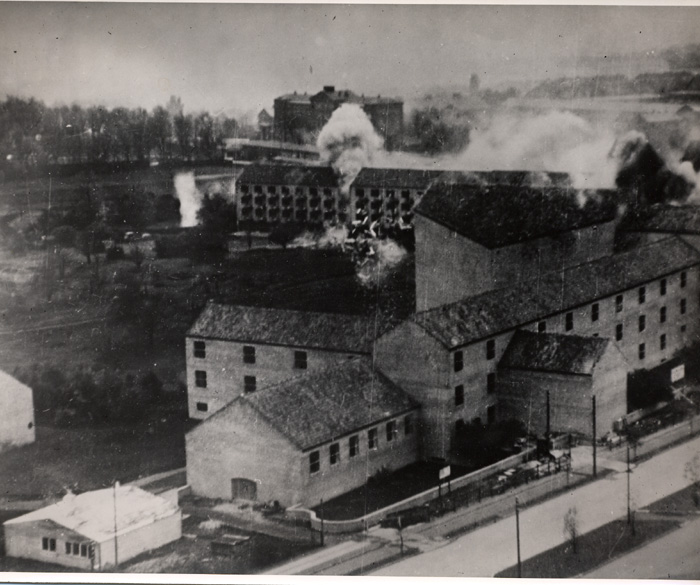 In addition to the halls of residence, which the Gestapo, the German secret police, had occupied the year before, and which now served as the Gestapo headquarters in Jutland, other buildings were also hit during the Royal Air Force air raid on 31 October 1944. Farthest to the left is the architectural pavilion, and to its right is the Main Lecture Theatre before the bombing. See the main Lecture Theatre after the bombing. (Photo: Royal Air Force).