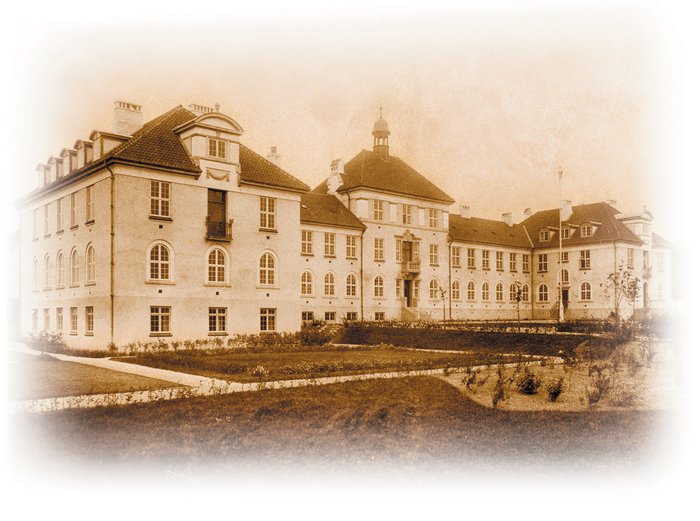 The Jutland Maternity Home was inaugurated on 9 October 1910. No foundation stone was laid when construction began, but a silver plate, which later disappeared, was built into the wall. The silver plate had the following inscription:

“This building was erected by means of state funds as a refuge for homeless women in labour and their infants and to help all women in labour who come to us. The maternity home was inaugurated on 9 October in 1910, the year of reign of King Frederik VIII’s by Minister of Justice Fritz Bylow”.

The first director of the Jutland Maternity Home was Victor Albeck(1869-1933),

who not only became the fourth consultant in Aarhus in 1910, but who also spearheaded the battle for the establishment of a university in Aarhus.

In 2000, the building reopened as the Health Sciences Library, now renamed the Victor Albeck Building.